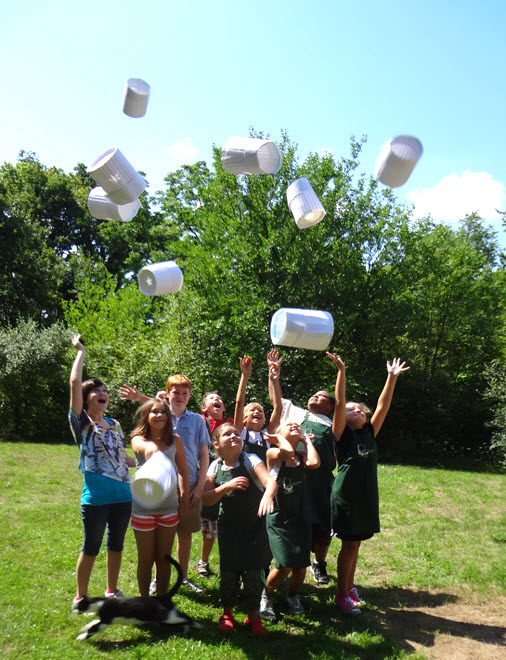 The young chefs at Le Chat Gourmet’s Summer Cooking Camp in Eaton Rapids aren’t big on frozen pizza or mac and cheese from a box.
Instead, they’re into creating their own recipes using fresh, simple ingredients, then cooking from scratch.

On Aug. 5 three teams of young cooks were engaged in an Iron Chef competition on their last day of camp, with three judges ready to rate them on taste, originality, presentation and the cleanliness of their work area.
Jessica Mohlman and Katie Hoffman of Mason teamed up with Amelia Arnold of East Lansing to create a cheesy chicken biscuit pizza flavored with tarragon and rosemary. All three girls, whose biscuits were made from scratch, are 9-years-old. 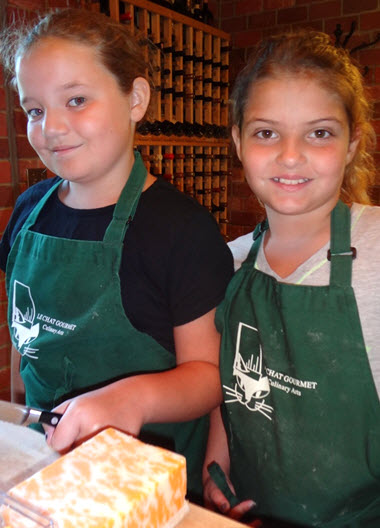 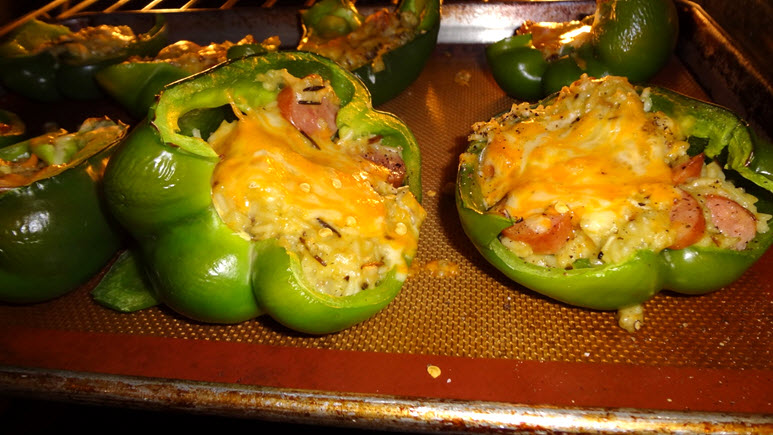 The third team, 11-year-old Connor McCornack from East Lansing, Alexis Hereza, 10, from Williamston and 13-year-old Michele Nussdorfer from Eaton Rapids, made a macaroni and cheese pie with a bacon strip crust woven like a lattice. 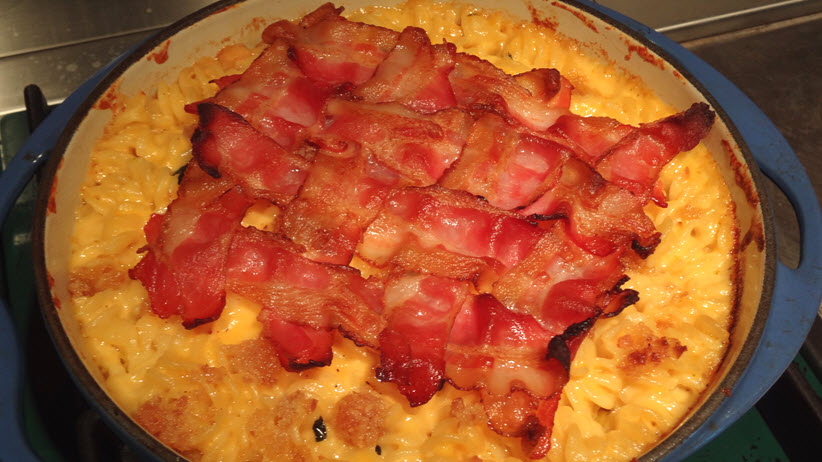 Everyone made sure to use the child-pleasing “mystery ingredient” of the week: Michigan made Colby Jack cheese.

Before the plates were presented to the judges, the young cooks headed for Le Chat Gourmet’s herb gardens for fresh basil, tarragon and rosemary to use as garnishes. 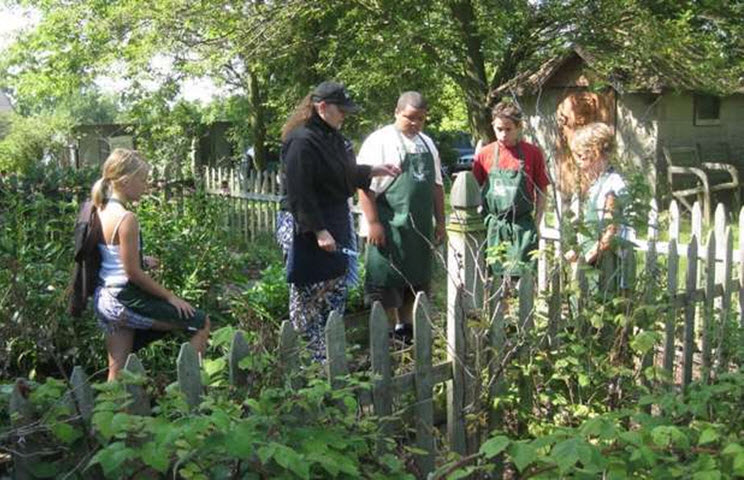 Nussdorfer is a veteran of last year’s camp and sometimes uses her recipes to cook at home, according to her mom, Sheri, who was waiting to taste the attractive dishes. “She’s been interested in cooking and learning how to put different flavors together,” Sheri said, adding that Michelle also likes to noodle around in the kitchen with her older brother, Ethan, 20, who spent a summer cooking at a resort in Colorado.

The chief cook and bottle washer at camp is Denene Vincent, affectionately known as “the Chef,” owner of Le Chat Gourmet.
On Iron Chef day Vincent moved from team to team doing what all good teachers do: making suggestions and encouraging her young charges.. “Any of these dishes could be served in a restaurant,” Vincent said, adding that she especially enjoys watching the kids put together everything they’ve learned during their week of camp. The stuffed pepper team, for instance, added cayenne peppers to their dish for the presentation as well as the taste.
Some of the parents waiting for lunch have attended Vincent’s adult classes and workshops. One mom, Lori Hoffman, has taken several, including an herb workshop, and describes them as “addictive.” Hoffman is even planning to travel to France on one of Vincent’s culinary trips.

So who won the Iron Chef? It was the stuffed pepper team, but only by one point. 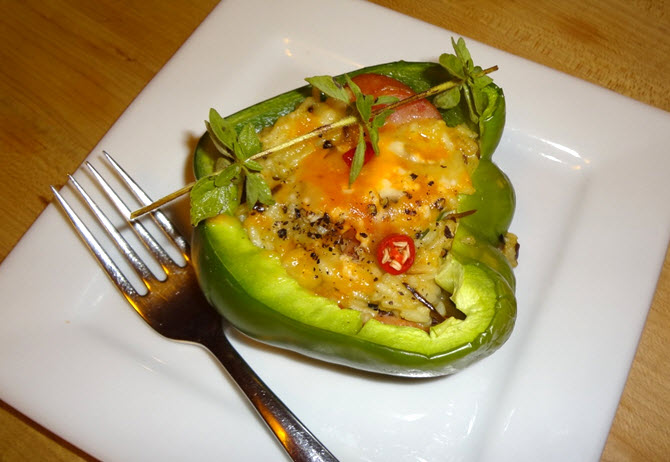 With three delicious dishes, everyone was a winner. 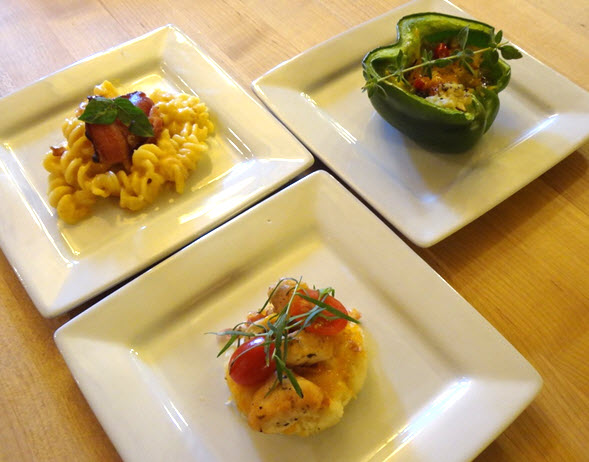 For more information on Le Chat Gourmet, call Vincent at 517-663-7322 or log on to lechatgourmet.com.