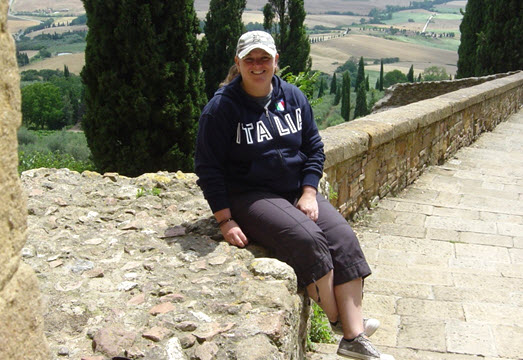 Le Chat Gourmet Culinary Arts brings new meaning to the term culinary adventure. Owner and executive chef Denene Vincent holds weekly cooking classes on cuisines from around the world. During the summers, she offers students an intimate, hands-on culinary tour of France or Italy. Last summer, her group toured the Bordeaux region of France, where students met with Chef Jerome Dumoulin, who has cooked in Parisian restaurants and is among the last five artisan mustard chefs in France.

At Le Chat Gourmet, in Eaton Rapids, Vincent teaches Wednesday through Saturday, and while she recommends registering for a class two weeks ahead, you can occasionally squeeze into one if you call on the day of.

When the season permits, Vincent says the students will begin by touring the gardens on the grounds. From herb to vegetable, to edible flowers and on through fruit orchards, students pick the foods they will cook that day. “When it’s possible, everything we cook is dripping with the soil from which it was just taken. This is the way you should always cook.”

Trained as a classical French chef, Vincent has traveled the world, living on location and cooking with local chefs in Italy, France and England. In 2009, she will take a group to Tuscany’s Pecorino Romano region. “We’ll be staying with a family of four generations with an olive orchard and a vineyard,” she said. “It is a sheep farm that produces Pecorino Romano, a cheese that is like parmesan but made from sheep’s milk so it has more bite.”

The cheese is partly famous for its variety of flavors, which can change depending on whether it is wrapped in grape leaves, skins, truffles, herbs or ash.

“When I travel, I find a place like an inn to rent with a kitchen, and I only take eight people,” Vincent said. “We visit local farmers markets, vineyards and farms to learn everything about the food of that area, from the soil to the table.”

The classes at Le Chat Gourmet are geared toward home cooks, and students learn in three and a half hour sessions with hands-on experience. “I give a lot of individual instruction,” Vincent says.

She also teams up with the popular cooking magazine Saveur to bring special classes. The next one, on April 24, is “Saveur cooks India.”

An avid locavore and supporter of agritourism, Vincent grew up on a farm in Leslie. “You should always support the farmers and vineyards in Michigan,” she said. “Food should be an experience that brings you closer to the bounty of your garden. I have a passion for cooking, and I try to impart a love and respect for the earth and her bounty to my classes.”