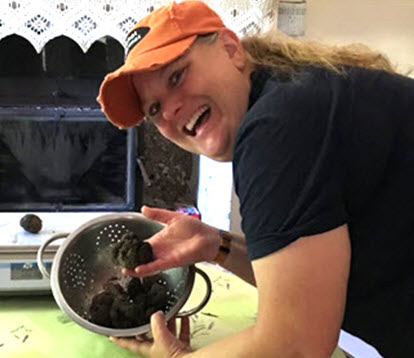 Le Chat Gourmet made its international debut on French TV, and if you’re going to debut in France why not on their number one national television channel at that! A Paris film crew flew down to Provence and filmed our 2019 truffle hunt in a secret location with my friends Marlene, Robert & his truffle dog Perle. The day was resplendent with cerulean blue skies, cotton candy clouds, a truly picturesque southern France summer day. We trekked through the Luberon in search of that elusive black gold ‘the truffle’, then joined Robert at his home for what else…truffle bruschetta and Provencal rosé wine!