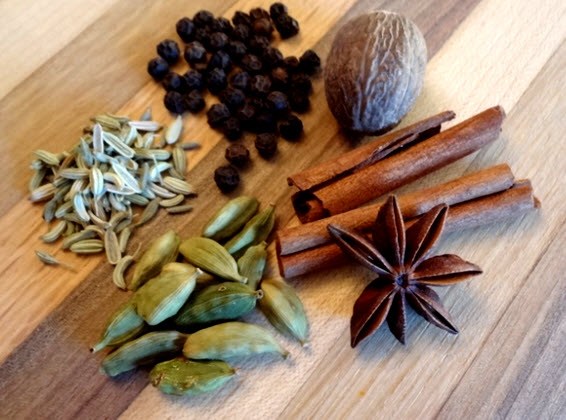 Spices and oils: What role do they play in our diets today?

by Jessica Sipperley | Be Healthy Jackson

Enhancing the flavors of food is an art that has been around for ages. In today’s culinary world, most of us make one of two mistakes (or both): We don’t choose the healthiest flavorings, or we overdo it. We have more choices than ever before, but many sauces, dressings and seasonings pack high amounts of fat and sodium.

Before these culinary advancements, there were spices and oils. A spice is an “aromatic vegetable substance, in the whole, broken or ground form,” excluding items usually seen as food, like onions and garlic, according to the Food and Drug Administration. Using spices is a calorie-free way to bring out the flavors of food. In a similar way, swapping dressing or sauce for oil is a healthy move.

Spice availability in the United States increased 41 percent from 1995 to 2005, according to the United States Department of Agriculture. The popularity of spices has risen locally as well. Denene Vincent, founder and executive chef at Le Chat Gourmet in Eaton Rapids, is debuting a cooking class focused on spices in April.

“I’ve had so many people inquire about it — how to store spices, how to use spices,” Vincent says. “You will never walk down the spice aisle or look at spices the same way again after you come to this class.”

Some of the most widely used spices include vanilla bean, ginger root, nutmeg, sage, rosemary, parsley and pepper. Shoppers can combine spices to make seasonings. For example, popular seasonings in Vincent’s classes are a cajun seasoning, with cumin, paprika, chilies, garlic, onion powder and cayenne, white and black peppers; and a jerk seasoning, made with nutmeg, allspice, cinnamon, black pepper and garlic.

Both flavorings would go well with chicken and can include herbs as well, based on tastes. Vincent also suggests experimenting with different peppers and using juniper berries with game-oriented dishes, like duck and venison.

“When you’re doing different types of cuisine, look at some of the things that are indigenous to that culture and its food,” Vincent says. “It’s such a learning lesson. It’s so much fun.”

Although we would be inclined to think salt is a spice, due to its partnership with pepper, it doesn’t make the cut. Salt is a chemical compound, and too much of it can cause high blood pressure, which can lead to heart attack or stroke, says registered dietitian Robin Shear, who practices in Brooklyn.

“Spices can expand people’s sense of taste without the negative side effects that salt can have,” Shear says. “(A spice) brings up natural flavors of food, rather than masking it with the flavors of salt.”

Making a switch to a spice can reduce calorie intake as well. Add red chili flakes or pepper to marinara sauce instead of salt. Or, use cinnamon in place of sugar to flavor unsweetened applesauce, Shear says.

“Over time, that would be a small change that could actually add up to a significant savings,” Shear says.

Vincent uses oils in every class, especially extra-virgin olive oil. Canola oil also is a healthy pick, Shear says. These oils contain monounsaturated fats that are good for the heart.

For a simple salad dressing, Vincent uses one part vinegar and two parts oil, adding a bit of salt and pepper. She uses extra light olive oil, so “the olive oil doesn’t overpower the vinegar.”

“Balsamic vinegar would be my No. 1 choice,” Vincent says. “Put the vinegar at the bottom and slowly add the oil, whisking constantly so they don’t separate.”

Oil-based dressings are more nutritious than those that are cream-based, but in any case, dressing should be used in moderation. Shear even recommends using some type of oil over fat-free dressings.

“Nutrients are better absorbed in the body with the oil, especially fat-soluble vitamins, like A, E, D and K,” Shear says. “It’s all about the portion size.”

To sign up for Le Chat Gourmet’s spices class, or for more information about classes, visit www.lechatgourmet.com.