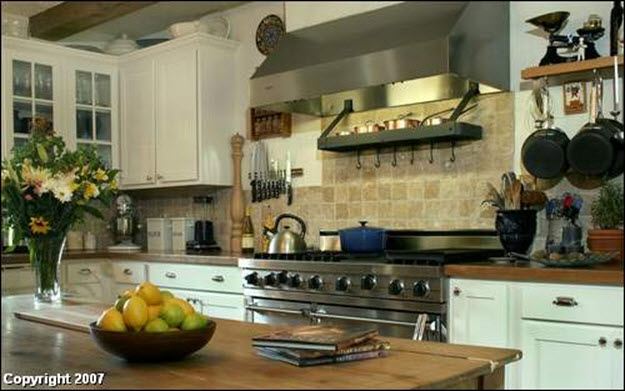 The first time Denene Vincent stepped inside the tiny entryway of this 1920s tudor-style home outside of Eaton Rapids, she knew it had to be hers.
Never mind the water damage, horrific green paint, threadbare carpeting and temporary cords used to rig the home’s wiring. She saw through the dangerous mess to the warm wood floors, original rough plaster, detailed fireplace and the grand lot that would one day be her cottage garden.
“I knew this was the one. It was just a feeling,” says Vincent. “It needed so much work, but it didn’t matter.”
Much has changed since that day 17 years ago. She and her husband, Michael, an insurance salesman for the Michigan State Medical Society, hired a company to move the two-story home deeper into their three-acre lot. With the move, they added a basement that could be finished and they reconfigured part of the layout to build a bigger main-floor kitchen. 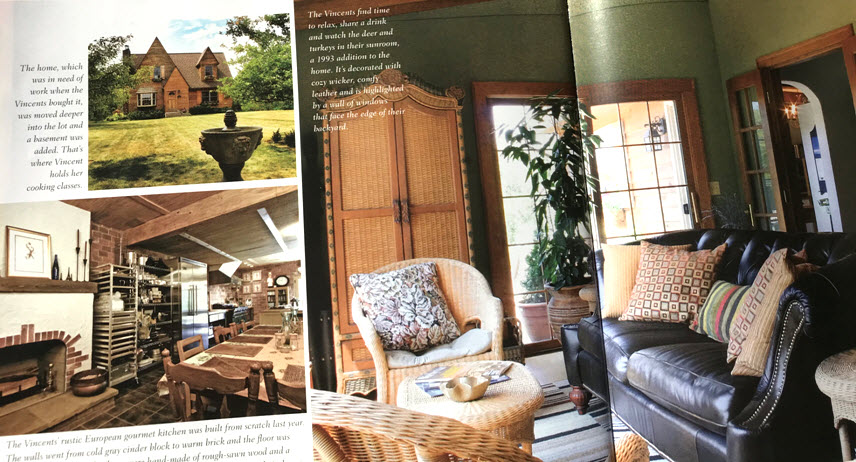 The Vincent’s personal kitchen boasts shiny Viking appliances, a tumbled marble backsplash, a beamed ceiling, hand-made pantry door and a 7-foot pastry table that came out of an Italian bakery in New York City. “We can trace it back 100 years,” Denene says.

Vincent’s business, Le Chat Gourmet Culinary Arts, subtly reflects her love for felines. Three cats happily romp and roam there and lion head sculptures and details sporadically appear both inside the home and in the gardens. Le chat is French for cat.

Over the better part of nearly 20 years, the Vincent’s have transformed the neglected relic into a modern-day gem that fits their lifestyles and creates a home base for Denene’s first love: Cooking and Baking.